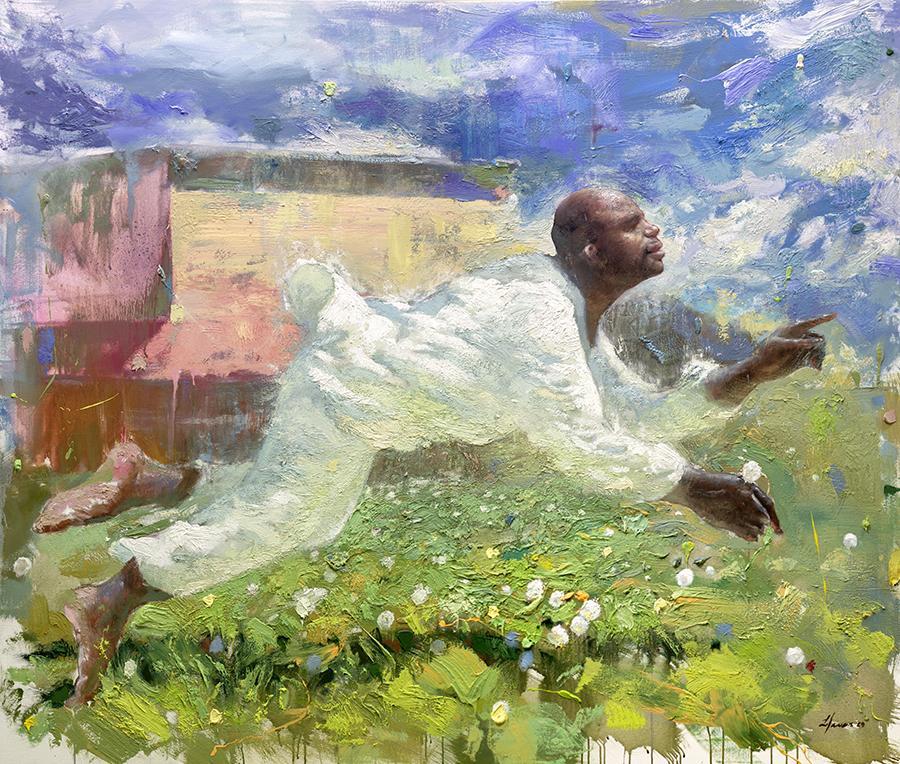 Join us for a special evening gallery talk as artist Reynier Llanes discusses his current exhibition at the Museum of Art – DeLand, WHEN THERE IS NO FRONTIER.

Considered one of the most complex and lucid artists of his generation following the Cuban tradition of narrative symbolist painting, Reynier Llanes was born in Pinar del Rio, Cuba in 1985. He attended the city’s school of art (Instructores de Arte) and was tutored by one of the country’s most recognized realist artists, Juan Miguel Suárez. In 2005, he moved to Havana where he continued his studies and collaborated with various artists. The capital was a thriving mecca of art and culture, and the museums the grounds for inspiration.

In 2007, LIanes moved to the United States, first settling in Naples, Florida. There, he introduced his work in a major exhibition entitled “Strange Visitor” at the Kapo Maestro Gallery. In 2009, he relocated to Charleston, South Carolina where he was granted an artist in residency at the Jonathan Green Studios.

Llanes was awarded a “Mayor’s Purchase Award” for a piece now in the art collection of the city of Charleston. In 2011, he received first place at the Moja Art Festival Juried Exhibition. In 2012, Oxford America recognized him as one of the “New Superstars of Southern Art.” His work was featured in a traveling exhibition The Vibrant Vision Collection at the Morris Museum in Augusta, Georgia and the Gibbes Museum of Art in Charleston, South Carolina.

In 2015, Llanes relocated with his family to Miami, home to a large community of intellectuals, collectors, and fellow artists who welcomed Llanes into their cosmopolitan scene. His first solo exhibition in the city took place at Miami Dade College West,  entitled “Preserving Cultural Heritage,” which featured a large collection of coffee paintings.

In 2017, Llanes presented his series “Marble Trace” at the North Western State University in Louisiana, and the following year he was offered an artist in residency. He was recently invited to showcase his work in a solo exhibition at the University of Houston for the Latino Art Now Conference in Houston, Texas.

His work has been exhibited in numerous museums and galleries throughout the east coast, among them the Naples Museum of Art in Naples, FL.

For more information on Reynier Llanes and his work, visit the artist’s website at: reynierllanes.com.