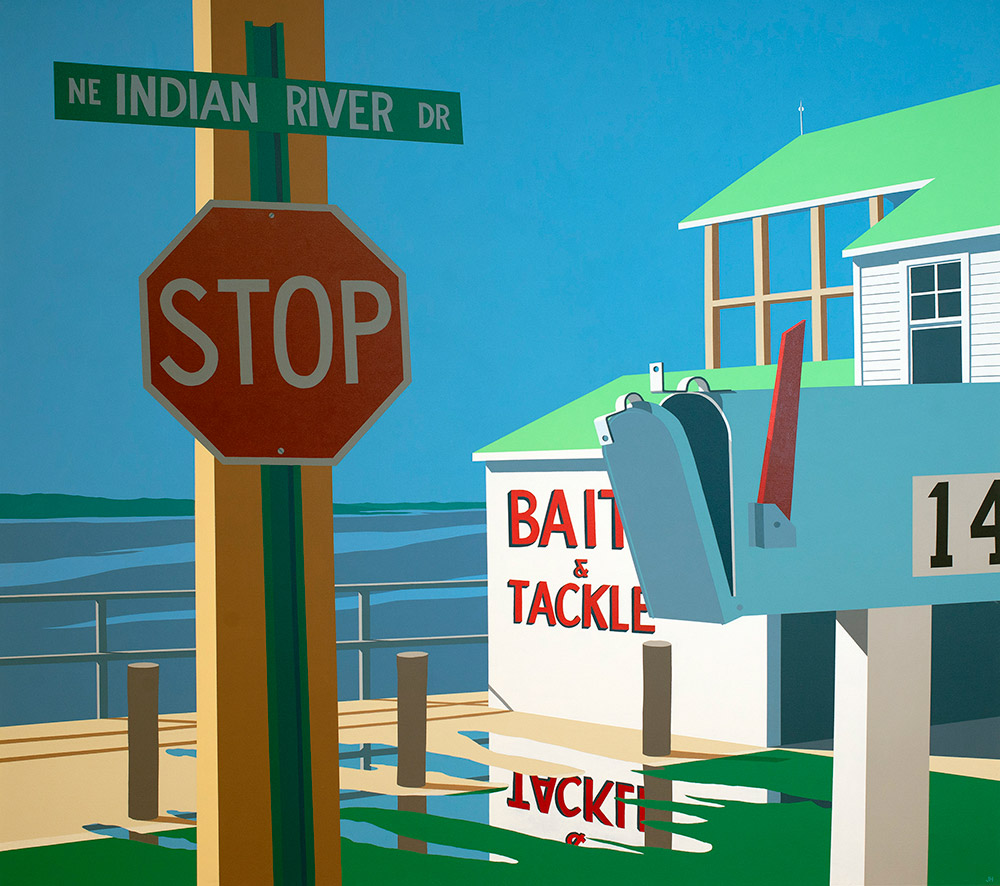 JIM HOUSER: FOCUSING ON THE IRREDUCIBLE

An essay by George S. Bolge

Much of the art of this century deals with reduction and elimination, and conjures up an image of a man taking apart a boat in the middle of the ocean in order to determine the minimum support he requires to stay afloat.

Or an image of a writer trying to distill all he knows into one perfect sentence with which to begin his book. 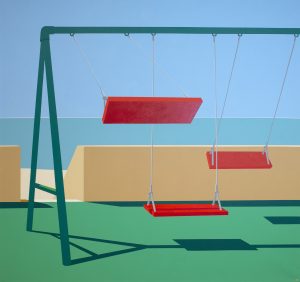 Although Jim Houser, like other American artists, was influenced by Cubism as well as by Constructionism – and was also anxious to create art of cultural significance, he could never quite rid himself of the notion that art began in reality. And not only in the reality of the mind and spirit, but in the reality encountered through sight, touch, and smell. Even his most abstract-looking paintings are so drenched in naturalistic associations that one immediately senses and perceives the seascape or objects from which the picture is derived. All hues, shapes, forms, textures and colors in his art have their point of origin in the everyday world.

Jim Houser built his paintings from the ground up. Nothing was left to chance, everything was meticulously planned and ordered with almost mathematical precision. And yet, his oeuvre is rich in association. We don’t just see the painting, we are flooded by memories and feelings triggered by what we see “in” the painting: by our memories and feelings about comfortable, seaside vacation homes, sitting on the beach with the one you love, and lunch at the boardwalk sandwich shop.

Depending on our interest in the formal aspects of art, we may or may not also be aware of how beautifully the various elements in his compositions play against one another and how delicately the curve of a boat’s hull completes a highly complex series of thrusts into space.

If we are aware of these things, a period of adjustment between small tensions and balances takes place. The associative elements are weighed against the formal. And since Houser was an artist, and was able to steer a central course between both realities, the end result of the viewing experience is a wonderful feeling of completeness, harmony and balance.

The Jim Houser paintings that comprise this exhibition represent a centuries old tradition, which includes Vermeer, Chardin and Cezanne. He has updated it by modifying it in the light of 20th century formal discoveries and attitudes, but it is solidly traditional nonetheless.