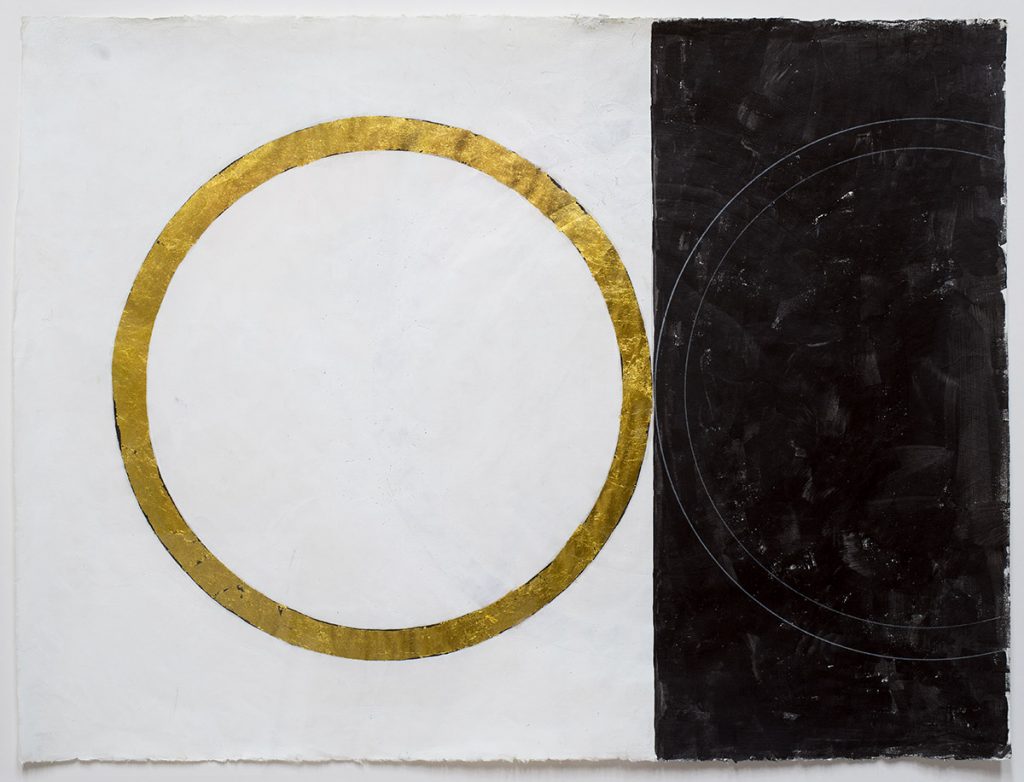 ON INFINITY: DRAWINGS BY BARBARA NEIJNA

An essay by George S. Bolge

Every culture and society has a few brave souls who live out their lives at the absolute frontiers of their age – who, while there, probe into and speculate upon what lies beyond – and then somehow manage, with the help of talent, logic, intuition, and faith to encapsulate symbolically what they suspect the vision might be.

These frontiers may be science, mathematics, philosophy, metaphysics, the arts – and any number of other disciplines or in combinations of them all.

One such combination fuses art with metaphysical speculation and infinity, and produces an art that is both profoundly physical and highly suggestive. An art that combines sensitivity with hue, color, texture, form – with intimations of immortality, spiritual intuitions, a sense of the awesomeness of the infinite unknown, and an ache for universal meaning and significance. An art, in other words, that possesses an eager openness toward any and all hints of what might lie beyond human knowledge, definition, or classification. It also raises questions about, and suggests, alternative interpretations of the reality we see, touch, smell, hear – or think we understand so well. 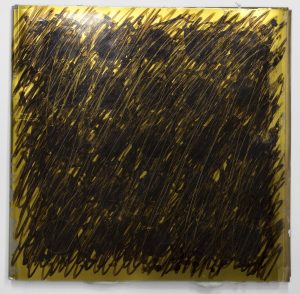 Although most artists, by the very nature of their creative focus, feel this sense of wonderment and awe before the unknown, artists like Barbara Neijna who devote themselves specifically to the search for pictorial approximation of these concepts are extremely small. And for good reason: art and metaphysics, while close in spirit, are far apart as disciplines, and call for vastly different talents and commitments.

It is the rare artist who has the talent and the inclination for both. Among those few who have, however, none managed more successfully than Barbara Neijna to fuse art and metaphysics into a perfectly unified and integrated pictorial image. In her recent drawings, the largest possible vision of reality was symbolically represented through the interaction of absolutely vertical and horizontal lines in conjunction with simple combinations of the primary shapes. Her drawings are perfect icons of infinity, albeit a highly rarefied and dogmatic version of it.

Neijna’s drawings emphasize art’s role as an evoker of subtle moods and other worldly musings and intimations – which can be seen as an aid to meditation, rather than as a pictorial presenter of physical facts or as a shrewd organizer of nonrepresentational shapes, colors, patterns or designs.

An exhibition of Neijna’s work presents us with the extraordinary feeling that we are observing an exquisitely honed, creative sensibility waiting, with watchful urgency, at the frontier of human knowledge for something to “pass by.” And then when something does (or appears to), we see it take shape through her art.

It may be something so intangible and fleeting that to capture it on paper becomes as difficult as capturing the flash of a golden fish deep within muddy waters, or the bursting into momentary light of a firefly. But whatever it is, Neijna is the contemporary best suited by talent and temperament to register its presence and its appearance on paper.

This is her unique talent, and the one that has kept her facing outward (as well as inward) toward the unknown at a time when most of her contemporaries were concerning themselves with the formal and physical stretching of the art of creating.

This artist hunts and fishes for evidence of the divine; she is a follower of its spoor and traces. If anyone will ever register even the gentlest caress of an angel’s wing, it will be she. And, if intimations and intuitions ever take physical form, she will be among the very first to recognize them for what they are.

Neijna’s art exists between the present and actual and the imminent and possible. Her images, as often as not, are in transition from one state to another, from one dimension of reality to another. Reality for this artist is an eternally ongoing process of question and transformation, a dynamic, ever fluctuating series of overlapping images and appearances.

To peel off one layer of meaning is to reveal the next one in depth – or at least to catch a fleeting glimpse of where it might be found.

Art, to such a creative spirit, is neither a feast for the eyes nor an arena for the emotions. It is, rather, a launching pad for the spirit and a landing area for truths wishing to make themselves known.