From Miami Beach to Haiti: Gary Monroe photos on display in DeLand 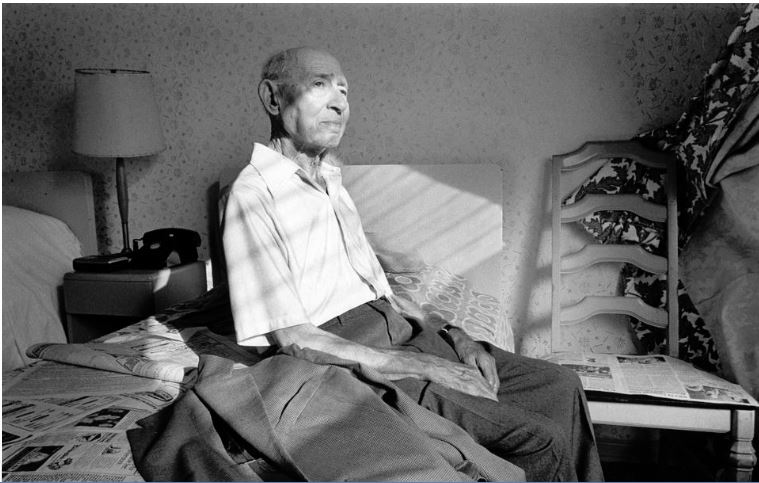 Gary Monroe pushed the button to take a photo of three elderly people walking on a South Beach sidewalk just as a bicyclist glided into the frame.

It might not have been the shot he was looking for at first, but the intruding bicyclist changed Monroe’s life in a snap of a camera.

Monroe would realize the bicyclist was likely a Haitian immigrant and that 1981 photograph would lead to many more he would take of the Haitian people. His work took him to the streets of Miami’s Little Haiti neighborhood, inside Miami’s Krome Detention Center to photograph detained refugees and to the Caribbean nation of Haiti 25 times.

Photographs from around the world by the now 67-year-old retired Daytona State College professor are on display at the downtown location of the Museum of Art – DeLand through June 2. In addition to his 46 black and white photographs, the exhibit will feature 22 cultural objects and 10 paintings by others from Monroe’s collection.

But before Monroe would take photos in Haiti and elsewhere around the world, he was taking photos of Jewish retirees in South Beach — including those three people walking on the sidewalk. His and Andy Sweet’s work documenting those retirees is the focus of the 2018 documentary “The Last Resort.” The film will be screened Wednesday at DeLand’s Athens Theatre.

“I largely agreed to be in it to serve my dear friend and collaborator on that project Andy Sweet’s legacy,” Monroe said. “He’s a story and I’m not. He was murdered at age 28, brutally, and there were other factors about his life: from his closeted sexuality to his family having not cared for his archive, which was ultimately lost and later resurrected.”

Legacy was also important to Monroe when he decided to document the Jewish retirees of South Beach from 1977 to 1986.

“There was a very precious legacy in South Beach that was being overlooked … these Old World Jews,” Monroe said. “I’m Jewish but I’m an Americanized Jew. My generation is quite different. Those people were the cutoff from the Old World.”

Then the arrival of Haitian immigrants to South Florida gave him a chance to look at a different migration.

“I was just intrigued by the Haitians and their manner and their presence and at that point I decided to look at this new wave of immigration,” Monroe said. “They just handled themselves with so much grace and dignity.”

As for how he got into photography in the first place, Monroe recalls being a directionless University of South Florida student when he went into a dorm room where glossies were tacked on the wall.

“Something right there about the process got to me and I bought a Nikon and went to Europe for the summer and photographed and came back,” he said. “When I got back to USF, I became an art major and nothing has changed since.”

He would go on to the University of Colorado Boulder for graduate school and eventually moved to Volusia County to teach at Daytona State College. He sees immediacy as what links his photographs, whether shot in India or Haiti.

“I trust my intuitions. Everything’s unmediated, very immediate. I edit later,” he said. “I’m not telling stories. I’m not reporting the news. I’m just a wandering soul trying to make sense of the world visually.”