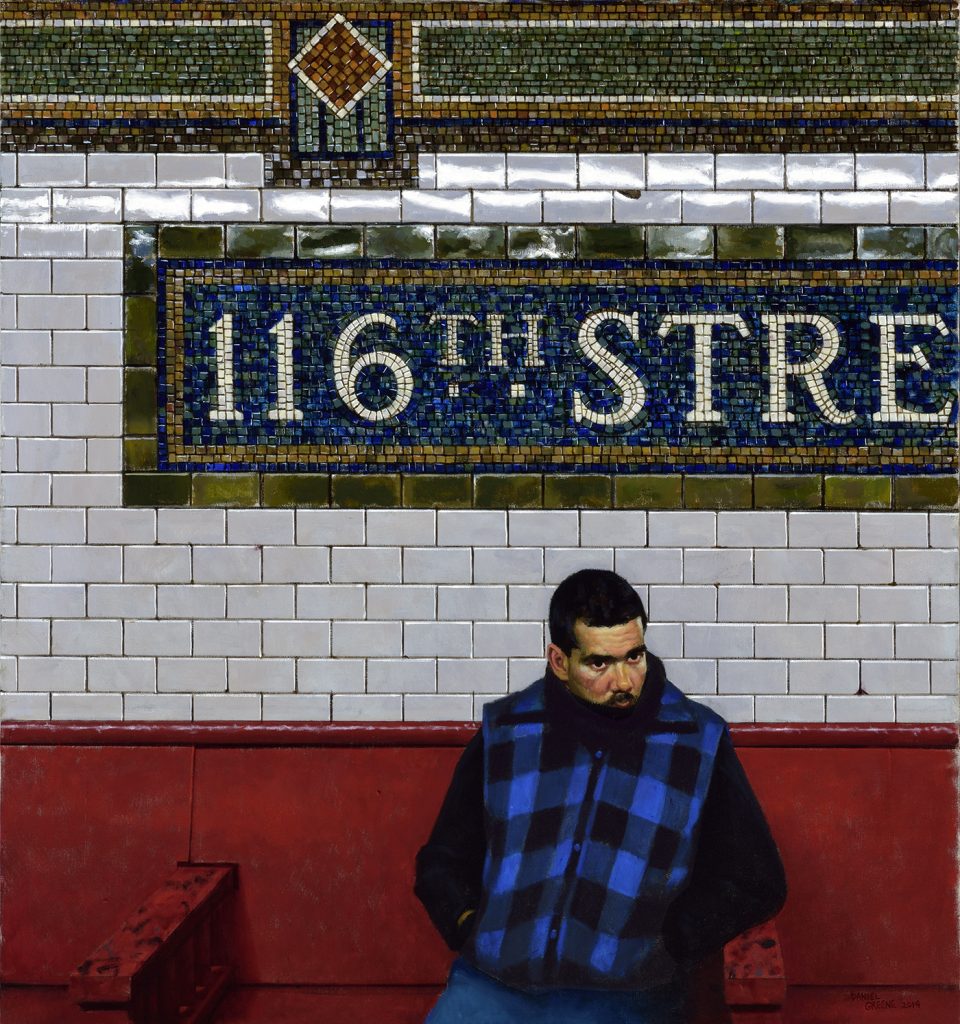 In a striking balance of truth and tradition, the work of Daniel Greene immortalizes moments of familiar reality with the discipline and reverence of classic portraiture.

Greene was born in 1934 in Cincinnati, Ohio. He studied at the Art Academy of Cincinnati (1944 -46), and the Art Students League of New York (1953 -55). In a career now spanning seven decades, Greene first started making portraits as a street artist in 1950s Miami, quickly embracing and committing to the pastel art form. Although most of his commissioned pieces are oil paintings, his personal work has always oscillated between the two mediums.

Considered by the Encyclopedia Britannica to be the foremost pastelist in the United States, his dazzling work has helped to seal the medium’s reputation as equally suitable as oil painting for serious, accomplished work. In 1983, the Pastel Society of America elected him to the Pastel Hall of Fame, and 20 years later, the Pastel Society of the West Coast named Mr. Greene a Pastel Laureate. In 1989, his work represented the United States at the first International Biennial of Pastel in San Quentin, France.

Whether he’s examining familiar spaces such as the New York City subway, or distilling the heightened drama of carnivals and auctions, Greene achieves a visual formality that is both technically and conceptually masterful.

Greene’s paintings and pastels are represented in over 700 public and private collections in the United States and abroad. His portrait subjects have included leaders of Government, Banking, Education and Industry. Some of his sitters include First Lady Eleanor Roosevelt, Ayn Rand, Astronaut Walter Schirra, William Randolph Hearst, “Wendy’s” founder Dave Thomas, Composer Alan Menken, Bryant Gumbel, and Bob Schieffer of CBS News. His recent exhibition, “Subway Paintings” at the New York Transit Museum at Grand Central Terminal was the inaugural event in the centennial year of the New York subway.

Greene lives and works in New York State, teaching popular workshops each summer from his studio in North Salem. In the past, he worked as an instructor of painting at the National Academy of Design and the Art Students League of New York. Mr. Greene has taught over 10,000 students in the U.S. and abroad.