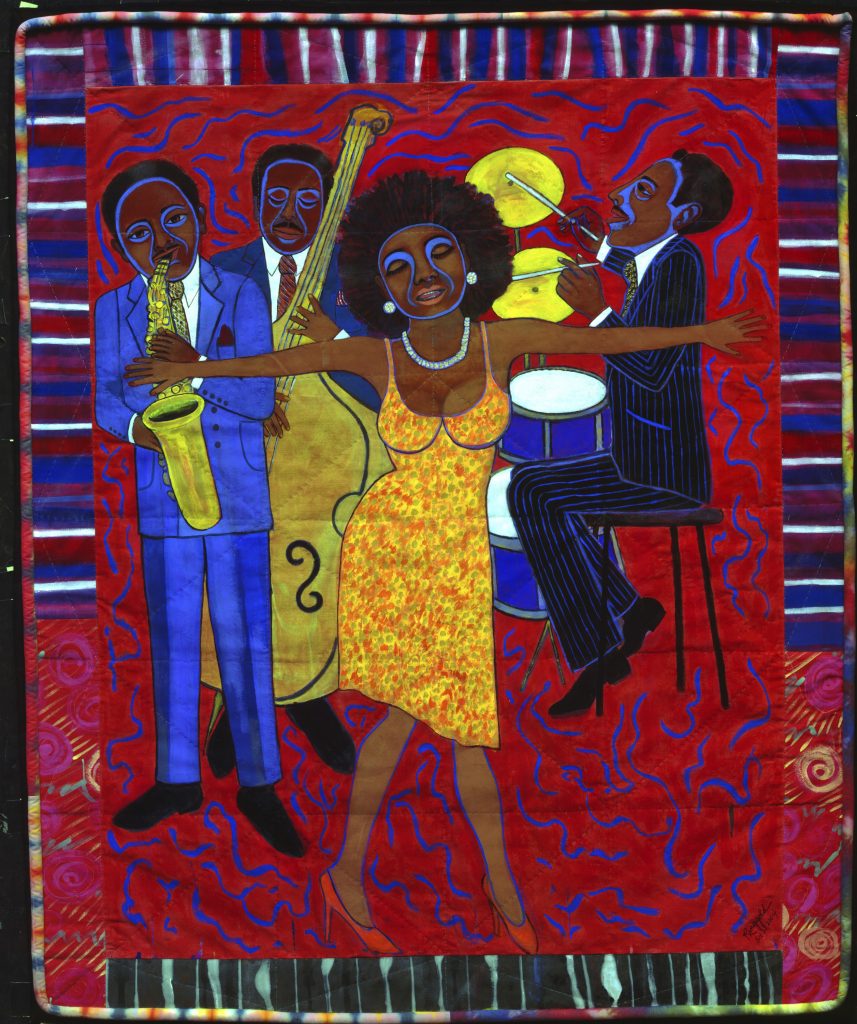 We Too Dream America

Many of the Work Progress Administration (WPA) murals have decayed, been demolished, or got lost; and of the survivors, few are of much esthetic interest. Indeed, it may be that the most powerful American work of art produced under the auspices of social commitment in the 1930s and 1940s was not a mural at all, but a narrative series of sixty small paintings, done on store-bought panels through 1941 by an African American artist, Jacob Lawrence. At twenty-three, he was too young for the WPA. His work was called the “The Migration of the Negro,” later retitled, “The Migration Series”. Its subject was significant, and probably only a Black artist could have handled it with the depth of feeling it required. The migration of Blacks from the rural South to the industrial North of America in the first decades of the 20th century was the biggest internal migration in American history and, in the words of Herry Louis Gates, Jr., “the largest movement of Black bodies since slavery.” It involved at least a million people. It went largely uncommemorated, except by historians and sociologists. No novel, in or out of the African-American tradition, has handled it on the scale it deserved. No monuments commemorate it, no documentary films were made about it. Lawrence simply picked up the subject and made it his own.

The Great Migration had an epic character – a collective Odyssey to match the Iliad of the Civil War. It was precipitated by the Southern White reaction that came in the wake of Reconstruction, plunging the Black population of the Southern states – all poor, and nearly all rural workers – into a purgatory of abrogated rights. Moreover, most of the work available to “free” Blacks depended on the cotton industry; and, the invention of cotton-picking machines knocking the bottom out of their labor market. Deprived of work, unable to vote, and powerless to change their political status, Southern Blacks voted with their feet and started flocking to the Mid-Atlantic, Northeastern, and Midwestern cities, repeating en masse the old perilous journey on the “abolitionists” Underground Railroad, north out of bondage in the 19th century. They were looking for a better America than they had known – not a hard one to find, one might have thought except that racism and unemployment were also endemic in Chicago, Boston, and New York. Those who imagined they were heading for the Promised Land were sharply disappointed, especially after 1929, when they arrived in a North economically devastated by the Depression, with little work and less chance of finding any.

Thus the South was drained of its Black proletariat, while the North acquired a new one, out of which grew a radically altered conception of Black culture in America; distinctively urban, but still Southern in its origins and collective memory. This was the culture whose synthesis, in New York, produced the Harlem Renaissance; and through it, American Blacks reinvented themselves.

An Essay by Pam Coffman.

Historically the Harlem Renaissance denotes the period from the end of World War I in the early 1920s through the middle of the Great Depression in the 1930s. It is difficult to assign an exact date because the factors that brought it to fruition had been brewing for decades.

Although “renaissance” refers to a rebirth or renewal the Harlem Renaissance or “New Negro Movement” was the birth, rather than the rebirth of a cultural, social, political and urban revolution. The term “New Negro” was coined by sociologist and critic Alain LeRoy Locke, after the title of his book by the same name. The Harlem Renaissance was a time when many Blacks seized the opportunity to repudiate the White man’s version of their history and write a new chapter celebrating their struggles, triumphs, strengths, achievements, racial pride, dignity, and intellectual and artistic contributions to society. It was a time when, as a people, Blacks confronted the slave narrative, segregation, Jim Crowe, and the “other than” label laying the foundation for the Civil Rights Movement of the 1950’s and 60s.

There were several factors that contributed to the Harlem neighborhood in New York City, being the epicenter and cultural mecca of this movement. One was the Great Migration, when large numbers of African Americans left the economically depressed and repressive South and moved to the industrial North to take advantage of the employment opportunities created by World War I. This shift in population attracted many African American intellectuals who were distressed by the rise in violence against Blacks. Among these intellectuals were Black historians and sociologists like W.E.B. DuBois and Marcus Garvey whose calls for racial equality and Black pride precipitated the formation of the National Association for the Advancement of Colored People (NAACP) and the Universal Negro Improvement Association (UNIA) in New York.

Phylisophical ideologies dominated the cultural and artistic landscape of the Harlem Renaissance, although both focused on racial consciousness and pride the approaches differed. W. E. B. Du Bois, James Weldon Johnson, Alain Locke, Charles Spurgeon, and others supported the idea that the Black fight for equality should be championed by the artistically talented and culturally privileged African Americans whose works, inspired by racial heritage and experience, would validate the beauty of their race and its crucial contribution to American culture, and demonstrate that the
Black educated class was the equal to the White educated class.

The second concept was in opposition to the elite art-as-propaganda view. Aaron Douglas, Zora Neale Hurston, Claude McKay, Langston Hughes and other artists argued against portraying only “cultured” and “high-class” African Americans who reflected the standards of White society. They believed artists should create work for its own sake.

Despite these differing philosophical views and the fact that many of the writers, philosophers, artists and musicians of the Harlem Renaissance were ardent individuals in their creative vision and did not view themselves as part of a movement, they were united by the concept of portraying the uniqueness of what it meant to be Black in America, racial pride, African heritage, rural southern history, and social and political equality.

The legacy of the Harlem Renaissance and the “New Negro” Movement is often debated, but there are certain points of agreement. It was the first time that mainstream Black artists, writers and musicians were taken seriously and attracted significant attention from the art world at large. It marked a period when a sense of Black identity, pride, and self-determination was beginning to change the way African Americans thought about themselves and their cultural and intellectual contributions to American society. It redefined White Americas’ perception of African American culture and promoted awareness that the struggle of Blacks in the United States was connected to that of Blacks around the world. These factors could no longer be ignored and acting as a catalyst for the Civil Rights struggles in the 1950s and 1960s they had a lasting influence on American history and culture.